WITH WAREHOUSE AUTOMATION ON THE RISE AND BRICK-AND-MORTAR RETAILERS STRUGGLING, WAREHOUSE WORKERS WILL NEED TO LOOK ELSEWHERE FOR WORK. THANKFULLY, FINANCIAL RESOURCES ARE AVAILABLE FOR CAREER TRAINING.

Warehousing has long been one of America’s most reliable means of employment. This hasn’t changed despite the social, economic, and technological changes that have reshaped the workforce in the last few decades. In recent years, as online shopping has become ever more popular, employment in the warehousing sector has been growing steadily. As recently as 2016, the warehousing industry saw employment growth of more than 6%, year-over-year.

In the first quarter of 2018, this growth has continued, with 6,000 new warehousing jobs added. 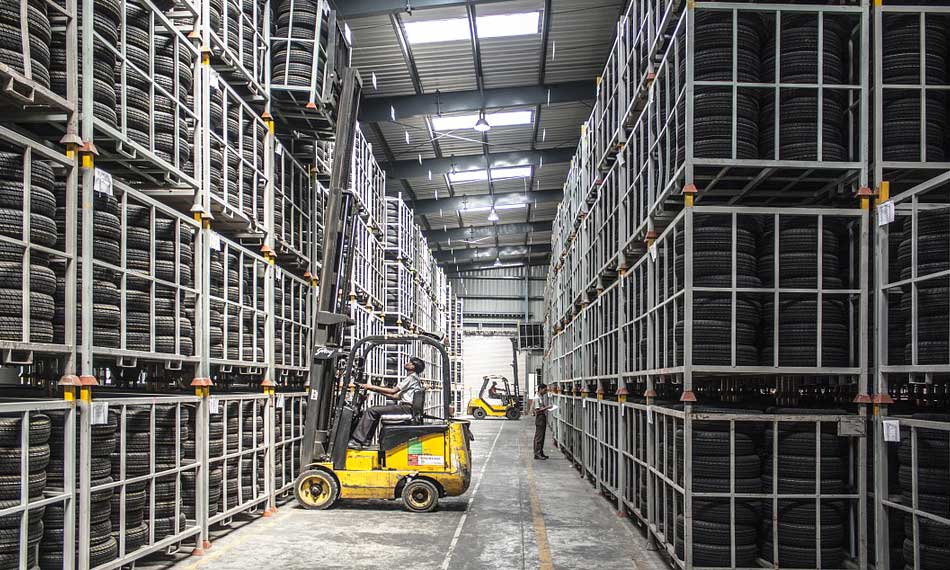 But there has been some cause for concern. As the 2016 Staffing Industry Analysts study linked above noted, previous data showed that nearly 20% of freight movers and packers, and more than 10% of forklift operators, were actually employed by staffing agencies. This is worryingly high, as the percentage of the country’s entire workforce employed by temporary staffing agencies (excluding agricultural labor) is 2%.

And employment opportunities for warehouse workers may soon begin to decline.

Amazon’s adoption of warehouse automation suggests that the warehousing industry as a whole may shift towards the use of machine-powered stocking.

In 2012, Internet retailer Amazon purchased Kiva Systems, a developer of robotic fulfillment systems. After several years of product development—during which the acquisition was rebranded as Amazon Robotics—Amazon is now going through the process of installing robotic systems to manage its fulfillment warehouses.

With the writing on the wall for its warehouse employees, Amazon rolled out the Career Choice Program. The program aims to retrain warehouse employees so that they can enter other career fields. Thus far, more than 7,000 Amazon employees have received training in other fields including the trades, nursing, programming, accounting, and trucking. Which means a displaced worker can get up to $12,000 worth of tuition assistance to train for another type of career

While Amazon’s retraining program offers its employees a great way to exit an endangered vocation field, it’s the exception to the rule. While Amazon has assisted 7,000 employees, it’s estimated that 400 to 800 million workers worldwide will lose their jobs to automation. While some of them will likely find similar jobs elsewhere, the same study estimates that anywhere from 75 to 375 million will need to develop new skills and enter entirely new career fields.

While the threat of automation is on the horizon, warehouse jobs are being lost today as Internet retailers cannibalize brick-and-mortar retail stores.

In March 2018, bankrupt nationwide toy retailer Toys”R”Us announced that it would be forced to close or sell 800 stores across the country. While it’s unclear how many warehouse workers are employed by the company, a single distribution center in Joliet, Illinois employed 136 workers. Another distribution center in Maryland employed as many as 320 workers during the holiday season.

And Toys”R”Us is only one of many retail chains to have recently declared bankruptcy. In 2018 alone, the growing list of bankruptcies includes such chains as Rockport, Nine West, Claire’s, Bon-Ton, A’gaci, Kiko USA, The Walking Company, Remington, Southeastern Grocers (parent company of Winn-Dixie, Harveys, and other chains), and Tops Markets.

Many more chains are believed to be on the cusp of failure due to growing debt. Such retailers include Sears, J. C. Penney, Neiman Marcus, 99 Cents Only, GNC, Fred’s Pharmacy, Office Depot, and Vitamin Shoppe.

The unfortunate reality is that, with each store that closes, the warehouses that service those retail locations will shutter as well. With a potential decline in retail warehouse jobs on one side, and impending warehouse automation on the other, what are warehouse workers in the middle to do?

The California Employment Development Department offers benefits to those eligible for unemployment that make it easier to obtain vocational training.

Thankfully, there is assistance available. The California EDD offers California Training Benefits (CTB), which allow those receiving unemployment to dedicate their time strictly to vocational training, rather than having to work or attempt to find work.

It’s important to note, CTB does not pay for tuition. But that’s where I-TAP can help.

We are an electrical training school that has helped countless individuals become certified journeymen electricians over the past 15 years. In that time, we’ve learned to navigate the process for applying for federal financial aid, and have found many other sources of financial assistance to tap into, in the form of federal, state and private grants and loans.

If you’re a warehouse worker looking to enter a new career field, you can’t do better than the electrical trade. The electrical field is growing rapidly, with the Bureau of Labor Statistics anticipating that 86,000 new jobs will be created in the electrical industry by 2024.

Speaking from experience, we can say that here in California, construction and development projects can’t find commercial electricians fast enough. That’s why the average salary for a journeyman electrician in California is currently approaching $70,000 per year, and if they are able to work in “prevailing wage” industry jobs, the rate for these government assisted projects (Golden 1 Arena, Levi Stadium, etc.)  electrician’s pay can run between $128,000 to $204,000 per year (total benefits package)!

So, if you’re a warehouse worker struggling to find a new job that is a fulfilling, well-paying career, give I-TAP a call. We can help. We’ll work with you to find the money to pay for your electrical training, so you can stop worrying and start enjoying the life you deserve.