What are the Most and Least Physically Demanding Construction Trades?

IF YOU'RE THINKING ABOUT ENTERING THE CONSTRUCTION FIELD AND BECOMING A SKILLED TRADESPERSON, YOU SHOULD GIVE SOME THOUGHT AS TO HOW HARD ON THE BODY SOME TRADES CAN BE.

When you first start thinking about getting into the trades, the biggest motivating factors are probably money and flexibility. With the market booming, and new construction on the rise, you can go just about anywhere you want. Even if you’re just starting out, you can expect excellent pay.

But far too many newbies don’t give much thought to just how tough many of the trades are. There are a lot of experienced and skilled tradespeople who are hitting their 40s and 50s (and sometimes younger) finding that their bodies just can’t keep up anymore. Backs, knees and rotator cuffs have a tendency of wearing out fast, but trade work doesn’t make many allowances for age.

Before you commit your time and money to entering a trade, it’s important to consider how physically taxing they can be. 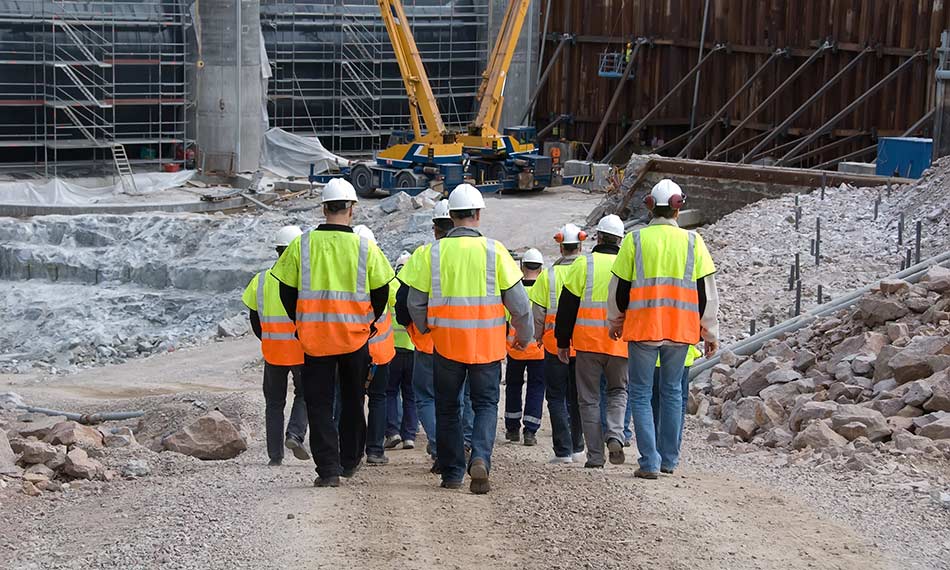 The most physically demanding trades involve a lot of lifting, bending, and climbing, and are also often quite dangerous.

Right off the bat, roofing is often considered to be the most dangerous of any of the construction trades. Day after day of climbing up and down ladders and working in often challenging conditions—ever spent a day on a roof during a Sacramento summer? —can very easily lead to accidents. Even if you don’t suffer a serious injury from falling off a roof, or have an accident with hot tar, the unending bending, kneeling and climbing takes a physical toll that’s impossible to ignore as you get older.

Ironworkers make excellent money, and for good reason. However, they have very high injury rates comparable to that of roofers. In addition to the threat of slips and strains that roofers face, there is also the ever-present risk of serious burns from welding equipment and cuts from metal-cutting tools. Welders face similar risks due to the nature of the equipment they use.

Many tradespeople get their start as general construction workers, which is a great opportunity to pick up a varied skillset, and figure out what you like best. However, you don’t necessarily want to stick around in such a position long-term. This ever-changing work environment also presents a lot of risks. Injuries from tools, particularly from heavy equipment, and tripping hazards are extremely common. There’s also the issue of breathing in lung irritants, ranging from sawdust and mold to dust from rat droppings.  Beyond the risk of accidents, construction is a seriously demanding jack-of-all-trades job, inflicting as many types of physical strain as it does types of work to do.

Framing, masonry and bricklaying have many of the same disadvantages of general construction, especially when it comes to working with weighty materials. As a mason or bricklayer, you can expect to handle about 7,600 pounds’ worth of brick or concrete, and perform more than 1,000 ‘forward bending tasks’ per day. While all these trades do pay well, they feature the most physically demanding aspects of general construction work.

It’s easy to point out the trade work that is more physically rigorous, as well as the work that’s more dangerous. There’s plenty of articles summarizing the “top 20 most dangerous jobs” and research papers from trade groups and safety organizations about injury rates. But identifying the jobs that are easier on the body is a lot trickier.

But if you ask around, especially among men and women who have worked in several different construction fields, opinions as to what trade careers require the least physical labor generally fall into two camps: plumbers and electricians.

Both positions have similar advantages. While you may find yourself squeezed into tight spaces and climbing up and down ladders, there’s generally much less lifting involved. But that doesn’t mean either job is easy.

As a plumber, you will have to wrestle heavy pipes, supply lines, appliances and fixtures into place. In addition, you’ll sometimes find yourself working odd hours—though the pay is great as an emergency plumber—and in conditions that aren’t exactly clean.

For electricians, the most physically involved parts of the job are lifting sections of electrical conduit and pulling cable (lots and lots of cable). Another common complaint is having to work in attics, crawl spaces, and other areas that can be uncomfortable, especially in hot or wet weather. Many experienced electricians advise specializing as a commercial electrician, as the working environments on jobsites tend to be a lot more spacious than you’d find working in a home.

But many of the trades offer great pay and amazing employment opportunities. If you work in a construction-related field, ask the more experienced men and women on the jobsite what they think. There are also plenty of forums online where you can get a feel for day-to-day field work in the various trades.

Obviously, we’re big fans of the commercial electrician trade. And if you’re trying to figure out if that’s the right choice for you, give I-TAP a call to learn more about what this career path has to offer.